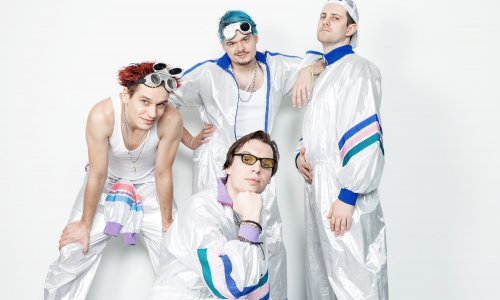 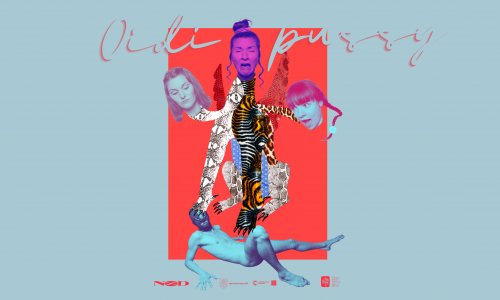 This performance is in Czech only.

Tomáš Predka & David Postl: A Man Who Didn´t Take Himself Too Seriously

The exhibition entitled A Man Who Didn´t Take Himself Too Seriously offers works by two artists who have been systematically involved in an area of non-figurative painting that is firmly anchored in the actual outwardly manifested reality, and functions along the lines of visual re-interpretation of subjective or collective memories and cultural structures.

Both up-and-coming distinctive figures on the contemporary art scene, Tomáš Predka and David Postl met in the studio of experimental painting headed by the widely respected artist, Daniel Richter, at Vienna´s Akademie der bildenden Künste, where they were acquainted with some of the currently most relevant and critical approaches to the medium of painting. Their works oscillate around the borderlines between painting, collage and decollage, evoking the Czech tradition established there by Kolář or Štyrský, as well as the media of printmaking, drawing, and calligraphy. Reaching beyond mere adherence to the concept of visuality codified in the course of the history of modern art, they further enrich it by individual elements including the use of the latest new materials and techniques such as pasting up reflective foils or application of silk paper, pigments and paints onto canvas. Thereby, both artists create unorthodox, materially innovative paintings, assigning attractive novel outlines to a discipline that can be described as contemporary nonfigurative painting.

Figuring at the centre of Predka´s creative endeavour is concern with probing into the potential of reconstructing complex memories (individual or collective), with the use of devices of visual (or, more specifically, painterly) representation. Tomáš Predka basically relates to the fragmentation of today´s post-modern world which happens to be oversaturated with images, symbols and information, and wherein the human sight has been confronted with an ever more brutal onslaught of visual perceptions. “Unless they are blind, the eyes look. And no sooner have we closed our eyes than new images crop up, this time out coming from within, as for most of us a visual recollection is actually the most intensive one, however distorted or imperfect it may be,” explains Predka. His canvases convey exactly this kind of representation, a record of internal, imagining recollections of past experience and situations, or their contextual attributes which define them in one´s mind. The finished painting then can always be seen in terms of an “extension” of a consciously induced inner visual perception, as an instrument of preserving the past in the visual (un)consciousness, which bears traces of the “hum,” “errors” of the storage and archiving of information.

The output of David Postl is notable for a much more pronounced emphasis on the material element of his paintings, which consequently stands out as a means in its own right of articulating their subject matter. The artist often glues silk paper onto the canvas, works with primer paint, and uses delicate ways of applying various paints and pigments to the ground. The end product then oscillates between painting, print and (de)collage. Postl´s reference to the broader cultural context consists in his frequent balancing on the edge between pure calligraphy as an aesthetizing art form of lettering, and a play with the design of various letters, with “uninhibited typography” as a principle of individuating the rudimentary elements of written language. Essential to this artist, however, is work with paints. Postl handles paints in two different ways: either he applies them on a purely random basis, or on the contrary, using thoroughly purposeful, conscious processes serving him to create shapes and forms whose distinctive outlines relate to elements of illustration and comics aesthetics. On another plane, the choice of a soft-hued palette conjures up an impression of the painting seemingly disappearing, or paling, before the viewer´s eyes. In reality thus, being viewed during a certain period of time Postl´s paintings actually become scenes of action. In perceiving them, one cannot help but feel that the colours “must after all have been more distinct before.” And yet, in no way does this belief prevent one from being fully aware of the paintings´ peculiar, and in a sense unstable, sense of presence. As a result, Postl´s paintings concentrate in their contents traces of the past, along with signs of the ever modifying existence of “here and now”, and an anticipation of future dynamism and change.

In view of all this, it is evident that these two artists share a definite concern with the phenomenon of time, with the temporal nature of visual perception, and with the transformations of its derivatives in the human memory. Of course, by no means can time and its continuum involving constant change be regarded as a guarantee of some sort of metaphysical or ontological relativism. Predka´s paintings hark back to a past that fades away from our memories, endeavouring to bring it back to life by injecting new life into its most elementary units. In his turn, Postl disturbs the integrity of our expectations of what something should look like at a particular point in time. Both artists engage in a refined play which manipulates our inner visions and representations of a firmly determined a priori (“pre-experience”) reality. Hence also probably the very reason for this exhibition´s satirical title: indeed, one who has noticed the autonomous “outside world” and who has at the same time reached the point of awareness of our inability to fully grasp this world in its totality with the sole use of the human senses and tools, that is, one whose sovereignty as the “master of all creation” and the subject shaping this World has been blunted, can hardly have another choice than just not take themselves too seriously.